MEPPL takes immense pride in having introduced, for the first time in India, FRP tanks able for road transportation.
FRP Tankers replace the conventional steel tankers known for its heavier weight as well as corrosion. FRP Tankers eradicate deterioration under usage in adverse environment unlike steel tankers. FRP (Composite) tanks are non-metallic, non-corrosive and lighter in weight (45% lesser than steel tankers). FRP tanks are designed and made integrally as a single unit without any structural joints that willnot cause leakage like in steel tanks with joints.
Integral winding of the FRP shell body and the dished-ends of the tank adds to the tank’s sturdiness thereby making it ‘road-worthy’ with a longer life.

Specifically for this FRP tankers, MEPPL developed split moulds for casting the resin-rich inner skin of the tank, winding mandrels of steel to support the tanks, jigs and fixtures with flanges/fittings to fix and rotate the tank on the winding machine and adapted the 4-axis computer controlled winding machine, supplied by CNC Techniques, Hyderabad, for winding the tank without sagging, whipping and flexing under its self-weight.

The shape of the tank is noncircular to keep the CG low on the tanker lorry- bed. Dr N.G. Nair of NGN Composites, Chennai , who was formerly, the Head of the Department of Composite , Engineering in IIT, Chennai, specialized in FRP Design for industries around India, designed the tank shape, sized it and chose the winding patterns (thickness) for the tank. It analyzed the tank structure to be able to withstand static and dynamic loads, environmental stresses, handling stresses etc. encountered on typical Indian roads. NGN composites guided the winding process and extended all design support for FRP Tanks.

For designing the tank, in the absence of any approved standards and Specifications for road tankers in India, the Designers and the project teams tarted on a clean slate to create a fresh voluntary design standard specification suitable for Indian road operations of this tank. TIFAC approved the voluntary standard proposed by MEPPL. The tank was designed purely on such a voluntary specifications.

MEPPL maintains an approach that is open to revisions and upgrades and progressively elaborate the design using operational experience with the tanker manufacturing gained from large scale production.

For winding different shapes of tanks, with different volume capacity and varying cross-sections/lengths, appropriate ‘programs’ were developed by a UK Company, in association with CNC Technics.

For testing FRP samples, all essential test equipment were procured by MEPPL, augmenting its labs and seeking assistance from other labs. Support was sought for testing the strength, elongation and strains from IIT Madras.

CFTRI Food testing labs tested the tank for food-grade certification. ARAI and scores of engineering industries were associated in the project.
After the design process was evaluated and approved by the committee of experts, few ‘prototype’ tanks were produced for evaluating and testing the process of winding this complex shaped tank and for establishing a reliable repeatable and measurable technique to make the tanks.

Ideal for all transporting ‘non-inflammable’ liquids like water, waste-water, edible oils, etc.
The FRP tank is designed and made for easy fitting and removal from the truck. Saddles and brackets fix the tank within the load span of the vehicle.
Double D shaped cross-section along its cylindrical length, with end closing domes. The tank profile is smoothly curved without sharp corners and edges to make it suitable for polar winding and for giving it an aesthetic look. The double-D shaped tank shell, while filled with full volume, gives a lower CG (Centre of Gravity) when mounted on trucks. This low CG location enhances road holding capacity of the tanker when fully loaded.
The base skin of the straight cylindrical shell and the end-domes of the tank are moulded together as a single joint-less body. When this shape is wound in both hoop and polar directions, we get an integral and joint-less tank. The inner and outer fittings on the tanks like the slosh preventing baffles, support saddles and the manholes are hand-lay-up parts which are bonded with the filament wound shell.
The tank structure is wound with glass fibre roving as reinforcements. Suitable matrix resin is selected to make the tank body, to be compatible with the chemicals to be filled in the tank. The resin system varies for different chemicals to be transported in the tank. Use of lightweight FRP shell makes the FRP tank 45% lighter than steel tank of equivalent capacity. The tank, with its saddles, intermediate frames and brackets can be positioned along the loading span of a truck, to suit the longitudinal and vertical location of the CG of the load on the truck. No metallic parts are used in making the FRP tank. Steel bolts and nuts are used for attaching the manhole cover and for connecting the U bolts. The tank is protected, when required, with a steel frame around the tank for transportation by sea/train The FRP shell of the tank can be repaired easily for damage during usage. For seamless loading, unloading and to manage the tanker during speeds, design considerations include all dynamic forces acting on the tanker are selected based on the practice followed in automobile design. In addition to static loads, the dynamic loads arising due to acceleration, sudden braking, up-ward and down-ward accelerations due to ride over gutters and bumps on Indian roads have been considered in the design. Centrifugal forces due to negotiating curves at speeds and weight during curve driving and overtaking are also considered for the design.
Read More 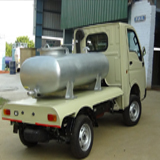 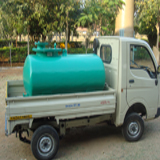 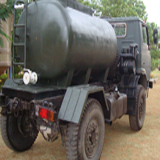 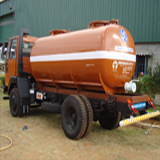 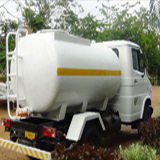 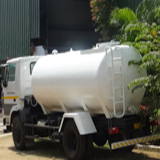 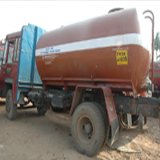 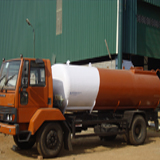 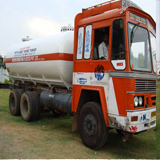 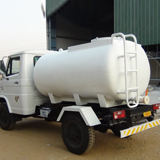 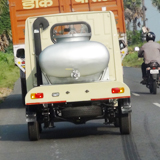 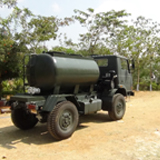